While human vision is binocular, a camera is monocular. We can add that man has a particularly powerful image processor: the brain.  The rules of perspective are known since the Renaissance and painters apply them ever since.
The verticals are always represented as genuinely vertical (parallel) and the horizontals as vanishing (non-parallel).

Accepting a downward or low angle vision with vanishing verticals is a recent issue which appeared with the invention of photography. Although the first photographers took great care to avoid it by using tilted view cameras.
On the other hand, the cinematographic and advertising iconography has used and abused downward / upward shots so it may seem natural … but it is not at all!
Before the appearance of correction software and in the absence of a shift lens, the effect was inevitable.

Should we totally correct the perspective?
Logically yes, because that is how the human brain sees it.
For centuries, painters painted scenes with parallel verticals, and no one affirmed it unnatural.
Nowadays, monument photographers use tilt-shift lenses for this purpose.

We should consider in what position the image is presented.
For a photo presented flat on a table, the brain naturally expects vanishing verticals whereas displayed on a wall, parallel verticals are consistent with normal vision.

Totally corrected, or not, remains the choice of the author of the picture.
Totally correcting the perspective is sometimes necessary: ​​descriptive or architectural photo, panoramic preparation, etc …
For the other cases,the intended use of the image needs to be considered, the output format, and of course personal taste!

Totally correcting the prints to be exposed is advisable.
When choosing a partial correction a totally perfect correction is required before modulating.
A simplified and / or unsymmetrical correction is quickly detected upon reading.

Plan for perspective correction at the time of the shoot

It is important to foresee corrections at the time of shooting, taking into account the loss of information on the edges.

Points to be respected:
* The virtual lines “framing the subject” (in red on the illustration) at each side must imperatively be contained in the “lower limit of the frame “. In other words, keep a margin (in orange) with the edges of the image. Thus, all horizontal lines will cross within the corrected image frame.
* Do not adjust the subject to the edges of the image. Provide a margin adapted to the subject and its environment
* Adjust horizontality as good as you can, for example by ensuring that a vertical element of the subject in the center of the frame is vertical in the viewfinder

Watch the particularities of the building

When shooting historical monuments, it is important  to identify all severe defects of verticality and misalignments that may exist.
Another frequent trap: buttresses and flying buttresses are usually of variable section depending on their height, and thus not vertical.

On this church view, some elements seem to be flawed. The transept facade and the bell tower are not aligned in reality.
One should not rely on the buttresses to define the vertical, but on the unaligned facade at the back. 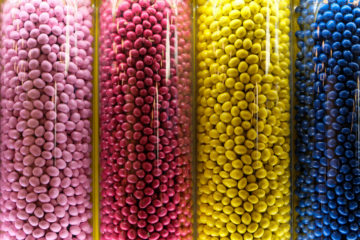 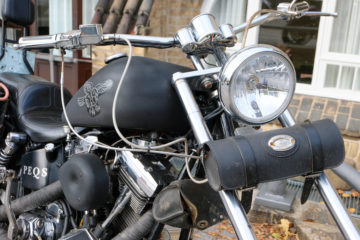