Even though the desire is strong to control the character of his images, a beginner in raw photo development is confronted with a lot of unknowns. If the concepts of luminosity, contrast or color saturation are understood, those of white balance, noise and sharpening, are not immediately in his expectations.
We will review the main principles of digital photo development.

Why do we use software ?

Demosaicing – Developing – Editing – Post-processing – Retouching – Processing
By adding “photo” to each of these words in your web query you will find different definitions.
Depending on his approach, a photographer blogger will judge that editing a JPEG image taken from the camera is already cheating or on the contrary, another will affirm that after the shutter release everything remains to be done.

* Viewers to Discover – Sort – Classify – Print – Improve (but we avoid this with this kind of software)
* Raw editors to Develop – Enhance – Customize
* Raster graphics editors to Customize – Retouch – Enhance
* Image catalogers for Classify – Rate – Manage – Distribute
There is of course an overlap between these four concepts of image editing, as the software is not constrained in one area. It is not necessary to have all four types of software.

* Creative smartphone applications: This is a simple solution to implement when you feel the need to enrich your images. The various corrections are stacked without ever mastering the recipes.
Avoid applications … even if the raw development software also offers turnkey effects.

How to use a development software?

As powerful as they are, digital cameras are technically limited to faithfully render the impression felt in front of the scene. The photo they deliver is a compromise. By developing it himself, the photographer takes in hand the whole process to make his image.

We will discuss here the role of each of these software corrections in order to answer this double unknown for the novice in photo development: He doesn’t know exactly what he wants from a software and therefore can’t evaluate the offer to choose one. Often he is intimidated by the amount of functions that make it seem complicated. When they are looking for help, they are easily put off by certain publications on social networks.

As you read the following pages, you should keep in mind that if the subject is dense, the number of corrections to be made to your images should not be too great. It is not necessary to act on all the sliders.


The first mistake is to act too heavily on these sliders. Unless you want a particular creative effect, it is advisable to limit their travel to maintain the balance of tones of the original photo. It is considered that exceeding 50% of the power of a setting reveals a problem in the shooting.

In this practice the best is the enemy of the good. It is not the development software that makes a good photo, just as we should not believe that it will save a bad one.

In the rest of this tutorial we distinguish two terms.
* Adjustment which the photographer initiates according to his/her taste. The photographer needs to indicate his/her intention to the software
* The correction which is the restoration in the standard of a drift or a technical limitation with the shooting. The software can assist the photographer
This duality is not to be taken literally. E. g., the adjustment of the contrast is first a setting to give the tone to the image and then a correction when it is a question of harmonizing it.

Let’s first define the term raw, it is written in lower case because it’s a word. It is the expression of the raw content following the capture of photons by the sensor of the camera. It is not an image but the information necessary for its creation, as was the negative in the silver age.

The content of the raw file is directly dependent on the functioning of the sensor. Schematically, the photosites (each corresponding to a pixel) distributed according to a matrix receive the luminous information of only one of the primary colors (1).
The role of the development software is to create an image by recomposing the luminance and the coloring of each pixel according to criteria which we call adjustments or corrections in the continuation of this tutorial.

All cameras have integrated software which will interpret this digital signal to deliver an image which they record in a JPEG file (we speak about direct JPEG). It is common to say that this image is the interpretation that engineers have made of the photograph according to their criteria, even their culture. A recurrent mistake of the beginner is to try to reproduce this particular rendering with software with different characteristics.

The purpose of raw development software is to create a new JPEG image (we will see the other formats later) by exploiting all the information contained in the raw file. Despite its limitations, the JPEG file is an excellent image container for distribution by appropriate digital means.
Finally, to be exhaustive, it is possible to correct the direct JPEG with the help of these software. This is called post processing, but the latitude of corrections is not comparable.

What are the characteristics of a photo?

A photo is the representation of light shades specific to the scene photographed.
The number of gray levels or tints of a color differentiating the darkest tones from the lightest defines its tonal range.

A hilly landscape under a bright sky revealing the subtleties of the green hues has a wide tonal range.

The dynamic range expresses its light range from the darkest point (dark gray to black) to the lightest (light gray to white).

A photo of an open building with brightly lit walls in strong sunlight and details in the very shaded interior has a high dynamic range.

A photo is also determined by the technical characteristics of the camera.
The definition of the sensor indicates its dimensions in pixels. It is the same whether the photo is saved in a JPEG or raw file (2). On the other hand, the color depth, the number of primary color shades that can be recorded, is limited to 8 bits per primary color (2563) for the JPEG format against 12 or 14 bits (40963 or 16 3843) for the raw file.
Concretely the tone of a photo in JPEG format goes quickly from dark to light, the dark shades tend to black and conversely the light pixels are quickly white, which can create flat areas without any texture or details.

Finally I’ll end this introduction by establishing a distinction which is dear to me between the terms photo and image (distinction which I restrict within the framework of our subject).
A photo is the rough result of a camera as well as the medium of a certain type of image.
An image is a visual object modified by its creator. It satisfies his desire to appropriate his photo to make a representation that is personal to him/her.

(1) The pixels of the raw file have only one color, those of the images (all the other formats) contain the complete colored information according to the RGB coding
(2) We will speak later about the compression that characterizes the JPEG format

Categories: 2 - Getting started with DxO PhotoLab 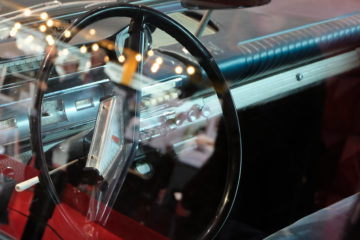 SommaireWhite BalanceThe Exposure CompensationThe histogramDxO Smart Lighting PhotoLab opens in the “Photo Library” tab, the Source Browser presents the folders of the computer. Choose a photo in the Image Browser and open it in “Custom” mode.  Read more… 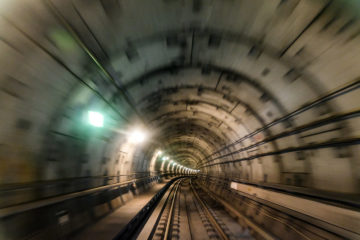 Taking ownership your own image 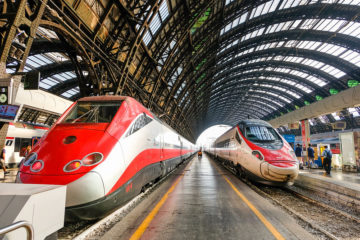 SommaireThe lenses correctionThe sharpness of the opticsThe presetsThe virtual copyCalibrating your monitorIn the big league The development of the image is finished. Let’s go back to the technical prerequisites of PhotoLab that we have not Read more…